Date:2013/11/28 11:34:03 Hits:3851
Graphene, with unique linear dispersion relation, massless Dirac fermions and weak spin-orbital coupling, is an ideal two-dimension crystal material of studying electrons and spin transport. The existence of strong electronic correlation in graphene is due to its low carrier concentration and lack of electrostatic screening. The electron-electron interaction (EEI) in two-dimension graphene has been observed by the integer quantum Hall effect and the fractional quantum Hall effect. However, the observation is required the strict experimental conditions such as at the extremely low temperature and high quality and high mobility graphene samples. The suppression of electron-phonon and disorder scatterings should be conductive to the observation of the electron-electron interaction.
Suzhou Graphene Nanotech. Co., Ltd. research team cooperating with Institute of Suzhou Nanotech., Chinese Academy of Sciences (CAS), proposed a new asymmetry Ni/graphene/Co sandwich vertical structure device. The novelty of this device is that it possesses both the vertical channels and the horizontal channels. It was observed that WL and EEI at relative high temperature regime and was concludes that the EEI is the main mechanism of dephasing at low temperature regime. The spin valve effect was observed when the magnetic field was parallel to the sample. The significance of this finding opens a way to the study of electron correlation and spin transport at relatively high temperatures. The results have been published in Applied Physics Letters 104, 153114 (2014).
In an asymmetry Ni/graphene/Co vertical spin transport device, since the easy axis of magnetization in parallel to the electrode film, the EEI and weak localization (WL) is observed when the direction of the magnetic field is perpendicular to the sample plane. The presence of EEI and WL at moderate temperatures up to ~120 K can be attributed to the new structure of the device with short electron and spin channels that reduce the probability of scattering during the transport. From the expected logarithmic temperature dependence, the coefficient of the interaction was obtained as and we found the Fermi liquid constant  at magnetic field of 3 Tesla and WL suppressed. These results are consistent with the theoretical value of  and the linear temperature dependence decoherence rate indicates that the EEI is the main dephasing mechanism in our devices at low and moderate temperature ranges.

Figure 1. (a) Schematic diagram of Ni-graphene-Co sandwich structure of vertical-transport devices. (b) Raman spectrum of graphene film. Inset: optical transmittance curves of graphene films. (c) Resistance as a function of magnetic field. Inset: The universe conductance fluctuation. (d) The electron-electron interaction and weak localization correction to conductance from 300 K to 2 K. (Image By SINANO)
When we applied magnetic field parallel to the graphene surface, we observed that the spin valve effects in the vertical structure devices. High resistance states at low field regions corresponded to the circumstance that the magnetization directions of two electrodes are opposite since the coercive forces were different. It leads to a change of the low Rp state to the high Rap state, during sweep of magnetic fields.

Figure 2. (a) Weak localization effect at various temperatures. The solid lines are fitting cures. Inset: the partial enlargement of the main plot. (b) The characteristic lengths obtained from WL fits at different temperatures. The linear fittings are shown in red, blue, and green dashed lines. Inset: The decoherence rate as a function of temperature. The red dashed line is the linear fit using  . Black dashed line is phonon dephasing rate calculated using Eq. (6) in text. (c) Spin transport of Ni-G-Co vertical-transport devices as the magnetic field is applied parallel to the graphene plane at 2 K. The red and black arrows indicate the directions in which magnetic field sweeps.

Previous:Suzhou Graphene made new progress in the preparation of high-quality
Next: 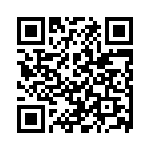